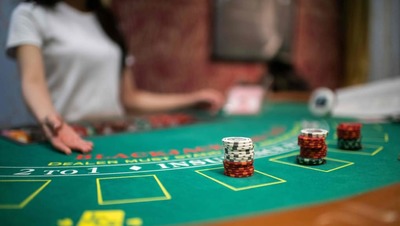 Quantum computing is touted as the next major technological leap
that will allow humanity to free itself from the innate limitations
of silicone-based processing and unlock a bright new future of
potentially unlimited computational power.

The potential applications of quantum computing are similarly
expansive, and it is likely to have its impact felt in virtually
every industry imaginable. One of these is online gambling, a
market which has undergonesignificant
growth in its own right in recent years, and the focus so far
has been on the security benefits that this change could bring
about.

However, from a playerâs perspective, the prospect of gambling
becoming fairer thanks to the use of quantum computing is an
appealing one. So how realistic is this expectation, and what
hurdles need to be overcome before it can be realized?

The art of randomness

Randomness is important in all types of gambling, although the
role it plays varies depending on the activity in question.

For example, in the context of a horse race, the outcome is
determined by all sorts of variables ranging from the weight of the
jockey to the state of the track and the unknowable mood of the
animal itself, hence why favorites donât always win and why
bookmakers can get it wrong sometimes. Randomness is clearly
important here, but it is also out of the control of those
responsible for taking bets on the outcome.

Conversely, when it comes to online casino services where
everything is managed intricately by developers and operators,
getting randomness right is crucial. And while plenty of people
ask is
it possible to learn how to manipulate a slot machine, the fact
of the matter is that legitimate, regulated services are impervious
to this kind of foul play, at least in theory.

The role of RNGs

Over the years, the random number generators (RNGs) that are at
the heart of online and land-based slots alike have been subjected
to scrutiny by various experts, sometimes
with successful results. The thing to remember is that these
algorithm-powered services are essential to ensuring fairness in
the first place, as they make sure that the machineâs operators
cannot set arbitrary time periods after which a jackpot is
achievable for example.

The aim is simple enough to understand; with pure randomness at
play with every spin, it is possible for any player to win big,
regardless of whether it is their first spin or their fiftieth.

That is not to say that the designers of the machines do not tip
the odds in their favor, but rather that they only do this by
decreasing the likelihood of a winning combination of symbols being
achievable, either by adding more symbols, paylines and reels, or
by integrating minimum wager requirements to determine which spins
are eligible for a jackpot payout in the first place.

The impact of quantum computing

Where quantum computing comes into play in all of this is to
overhaul the approach to RNG and make it far less predictable. As
mentioned earlier, the older RNG tech is far from infallible and
mathematical wiz-kids can crack algorithms with relative ease if
they get their hands on them. This has the added effect of meaning
that online gambling services are not truly random, in the
strictest sense of the word, but rather using a close of an
approximation as can be achieved.

Quantum techniques for RNG take this predictability out of the
equation, creating âtrueâ randomness by measuring the
fluctuations of the quantum world which is imperceptible to humans
yet plays a vital part in holding together reality as we know
it.

What is even more impressive is that while quantum RNG can
produce unquestionably unpredictable results, we have enough of an
understanding of the mechanics of this phenomenon that it can do so
in a repeatable and controllable way.

This is especially attractive for online casino operators and
players alike, as it will mean that a completely level playing
field will exist with every spin of games which eventually adopt
quantum computing technology to underpin their randomness.

Before leaving the topic of quantum computing in gambling, it is
also worth noting that this technology will influence other aspects
of the industry going forwards, in addition to having an effect on
fairness.

Service security is arguably the most significant area which can
be improved through the influence of the quantum revolution. While
similar cryptographic techniques will be used to protect user data
and prevent breaches, the use of quantum RNG will bolster these
solutions to the point that they are essentially unbreakable.

So there you have it; quantum computing is going to be
increasingly important in the coming years, and gambling operators
as well as gamblers themselves can expect to reap the benefits.